“Violators cannot live with the truth: survivors cannot live without it. There are those who still, once again, are poised to invalidate and deny us. If we don’t assert our truth, it may again be relegated to fantasy. But the truth won’t go away. It will keep surfacing until it is recognized. Truth will outlast any campaigns mounted against it, no matter how mighty, clever, or long. It is invincible. It’s only a matter of which generation is willing to face it and, in so doing, protect future generations from abuse.”
—Christine Oksana

I will not go back to silence, to a time when not proclaiming my truth made me complicit in Pat and Ed’s lies.  I. Will. Not.

This blog has given me catharsis and solace – and an unmitigated view of the events that shaped my young life and led to a diagnosis of Bipolar Disorder.  It is my story, and I will tell it.

For others – the perpetrators of abuse, this blog is a stark, cold, bleak mirror reflecting the darkness of their soul. It has led to embarrassment, shame, and even confession. It has brought fervent denial, offered in vain; disbelieved by those who matter most.  It has exposed character flaws and vile, repellent acts committed only by the cruel and depraved. It has shined a light on generations of abuse; morally bereft parenting practices that have led to estrangement, alienation and mental illness.

It has brought me peace.

I have been fully well for a long time now; my thoughts clear, my feelings and emotions tempered only by what is real and true – it is good, so good.

I do not do this out of a need for revenge – nothing I could ever do would be enough anyway.  I do this because it is right, and it is true.  I offer no apology to those who would be far more comfortable with my silence – I did not ask to be Pat and Ed’s child.

“So often survivors have had their experiences denied, trivialized, or distorted. Writing is an important avenue for healing because it gives you the opportunity to define your own reality. You can say: This did happen to me. It was that bad. It was the fault & responsibility of the adult. I was—and am—innocent.”

The Courage to Heal by Ellen Bass & Laura Davis

When we give shelter to those who have abused and tortured, when we cloak their sins and embrace their lies, can we really believe in our own goodness and integrity? 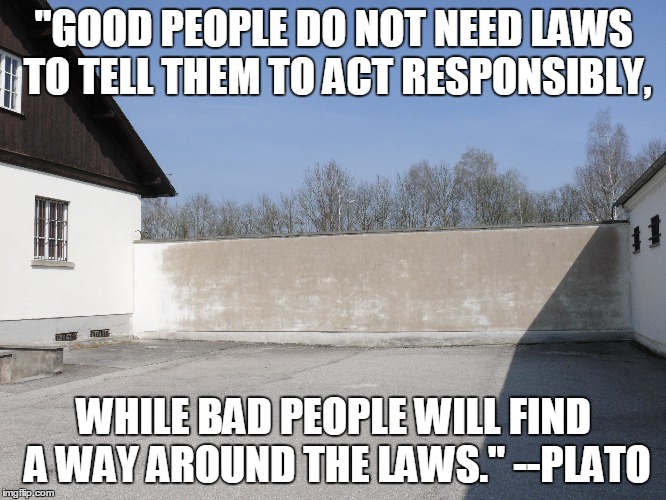 I’d be lying if I said it didn’t bother me to know that Ed got away with child abuse, rape and God alone knows what else, but it is less important than it once was.  In some small way, knowing the people he has fooled into believing he is a good and decent human being – the people who are, in reality, nothing more to him than props necessary to support his own self-delusion, know the truth.  They. Know. The. Truth …

what they do about that is their concern.

I’ve been silent for a few months, taking stock and reflecting.  That I saved all of Ed’s email, and thus his admissions that every word of this blog is, indeed, truth gives me an almost unimaginable upper-hand.

And yet, I don’t feel any sort of closure or relief.  At the end of the day, he proved me right; People Don’t Change – that is not solace.  He knows what he did, but he doesn’t know, or care, what it caused … how deep and dark the abyss he left his children in really is.

And when the chips were down, when he could have found redemption, he turned his back on all responsibility for who he is, and what he’s done, in favor of a life that is nothing more than a cover-up, and lie.  No father – no decent man does this.

So when you read this, and I know you will, remind yourself that while he appeared to be protecting you – the only person he was protecting was himself.

Last week was rough; it was emotionally draining and, in the end, it felt unproductive.  I was merely the support system, my aunt took the brunt of the storm – she was deeply exhausted when it was over.

It has me thinking about what I did to my family when I was sick, how tired they were – how hopeless and helpless they must have felt at times.  Untreated mental illness wrecks havoc with the lives of everyone it touches.

It is different – being on the outside, being well and trying to make sense of someone else’s illness; I now know the despair and helplessness of watching a train wreck; it’s going to happen, but all I can do is watch.  I can’t stop it.  I’m powerless.

I don’t like being a victim – so I won’t own that terrible, vulnerable dark place in the soul that knows only cries that are never heard …

It is all ridiculous, of course, but she has told herself all of this so many times she actually believes it is true.  She is perpetuating her own illness, actually making herself sicker.

She has been a victim – she was our parent’s victim; today, she is a victim only of herself. And her self-abuse is, in many ways, worse than anything our parents did to her.  They made her comfortable being a victim, that is fact, but she chooses to own victim-hood now.

She owns victim-hood, but not her story.  She is too busy wallowing to understand the strength it took just to survive Pat and Ed’s House of Horrors.  Too busy claiming virtue in her pain to realize she beat the odds, once.  Too mired in her self-created loss to feel good about who she has been, and who she could still be.

Owning her story has the power to heal, and set her free.

And it is the only thing that does.